NEW YORK CITY, September 08—Nobody is more at home on 5th Avenue than Jenny Simpson and Nick Willis. The Olympic medalists continued their supremacy at the annual mile race down the iconic boulevard with narrow victories. For Simpson it was her eighth title overall and seventh in a row, extending her own event records, while Willis took sole control of the men’s leaderboard with his fifth career win. Simpson (4:16.1) edged Elinor Purrier (4:16.2), with both under the previous event record. Willis had an even smaller margin of victory, beating Chris O’Hare as they clocked identical times of 3:51.7.

The women went out particularly fast over the opening quartermile, a mostly downhill section of the straight 20-block course. Simpson, Purrier, Nikki Hiltz and Jessica Judd of Great Britain were the main protagonists at the front of the pack. It wasn’t until shortly past the half mile that it turned into a 2-woman race, as Simpson and Purrier gradually extended their lead over Judd, with Hiltz dropping farther back. With Simpson’s closing speed on her mind, Purrier, the ’18 NCAA Indoor mile champ, tried repeatedly to break away over the final quartermile. She never got more than a step ahead, as Simpson covered each move and ultimately timed her final burst perfectly. Their times both eclipsed the 4:16.6 that Simpson ran in ’17.

Rapidly improving Stanford alum Rebecca Mehra (4:22.0) moved up through the pack in the final quarter mile to grab 3rd, while Hiltz (4:25.4) passed Judd (4:26.2) in the final 50 meters for 4th. Though Purrier has made her mark in the 5000 this year—finishing 3rd at USATF to earn a spot on the team for Doha—she clocked an impressive 4:02.34 PR in the 1500 in June and Simpson was keeping an eye on her. “I was not surprised,” Simpson said of the challenge from the New Hampshire grad. “She is such a great fighter and such a great closer. I’ve watched her career over the years and she’s someone that when she feels like she has a shot in the race she really fights hard all the way to the finish. And so she was on my radar as someone to take very seriously the last 400m.”

For her part, Purrier credits her distance training for the improvements at shorter distances. “I’ve definitely been catering my training towards the 5K, but I’m a miler at heart and I love this event,” she said. “All of the training that I’ve been doing for the 5K is definitely going to be seen in the shorter races.”

Though Willis has been nearly as dominant in the men’s field as Simpson, he came into this year’s event more of a sentimental favorite. At age 36, New Zealand’s 2-time Olympic medalist has struggled through a tough season, and was hoping to salvage some confidence on a course where he first won back in ’08.

Sam Parsons—in search of a halfway bonus prize—led through the three-quarters mark, with the pack biding its time. Chris O’Hare made a bold move with about 300m to go and immediately opened up a 10m gap. Just when it appeared the Scot might be able to hold on for the win, Sam Prakel came charging up on O’Hare’s left with 20m to go. Meanwhile, Willis, seemingly boxed in the pack with 200 to go, surged wide and navigated the uneven surface to move into contention and drew even on O’Hare’s right in the final steps. A perfectly timed lean at the tape was enough to nip O’Hare, with Prakel (3:51.8) just a 10th back.

“There’s a couple of manhole covers with like 40, 50 meters to go,” Willis said of the precarious conditions on the course. “It definitely threw my momentum off. I think if I hadn’t hit that I would have beaten him by a foot as opposed to an inch.” Willis is likely to be one of the final qualifiers into the 1500 field for the world championships, and his performance in New York is a much-needed boost ahead of Doha. “This gives me more momentum and confidence than I have had,” he said. “My confidence has been pretty shot lately. But this gives me a sniff of making the final now, whereas before I was thinking the goal might just be to make it into the semifinals.”

Both winners scored $5000 paydays for the wins, while Simpson earned an extra $1000 for leading at halfway and finishing sub-4:32. (Parsons, who crossed the line 10th, met the sub-4:00 criterion to grab the men’s bonus.) 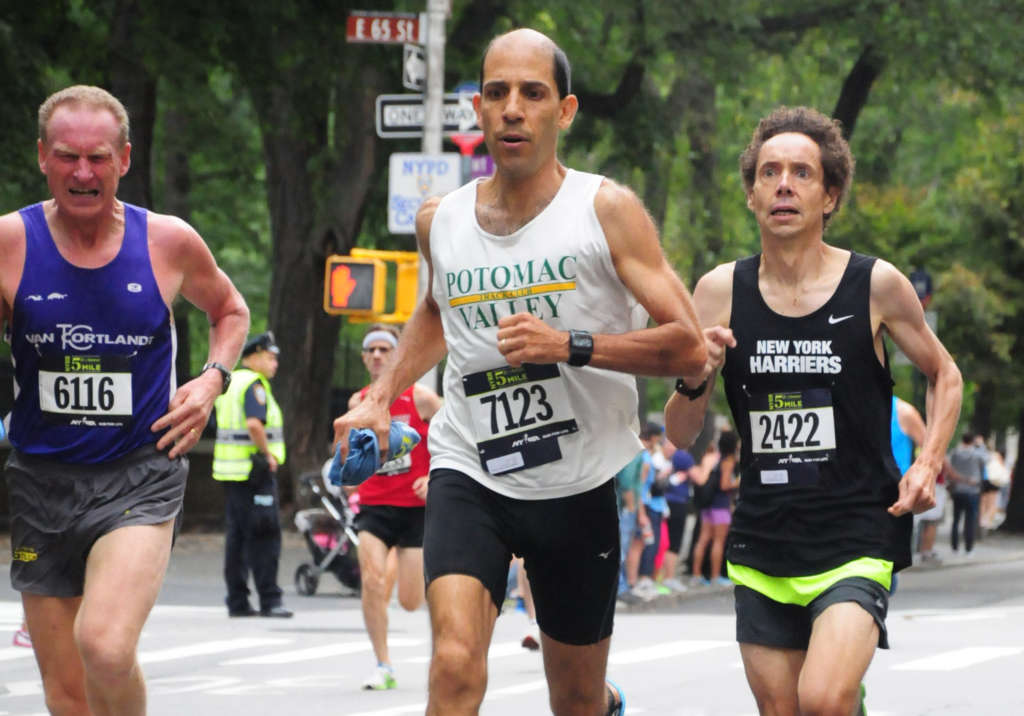