In this tutorial, we’re going to be covering how you can achieve a nice ‘glitchy twitch’ effect within After Effects without any 3rd party plugins or scripts. We will only be using the built in tools in After Effects as well as a few basic parenting expressions. After doing the ‘Breathe Life Back Into After Effects Lens Flares’ tutorial, I started to really like hooking things up with expressions and controlling them with a ‘Control’ layer, so we’ll be doing that again for this effect.

This method is great for people who don’t have plugins or scripts to do the job, for more info view this post. We will discuss how to split the RGB channels up, create a nice glitchy slide effect, as well as create some ambient flickering lights and blurs. Remember to tweak, tweak, and tweak your parameters as it’s all about getting things to look and flow right. Here are some additional tips and enhancements you can add to this technique:

Twitching in 1 Axis/Direction
To twitch in 1 axis or direction, you need to modify the wiggle expression for the Position of the RGB layers.

For an example:
This is our default wiggle expression:

wiggle(5, thisComp.layer('Control').effect('Slide Amount')('Slider'))
This expression applies to all axis of our layers (X, Y, and sometimes Z if it’s a 3D layer) 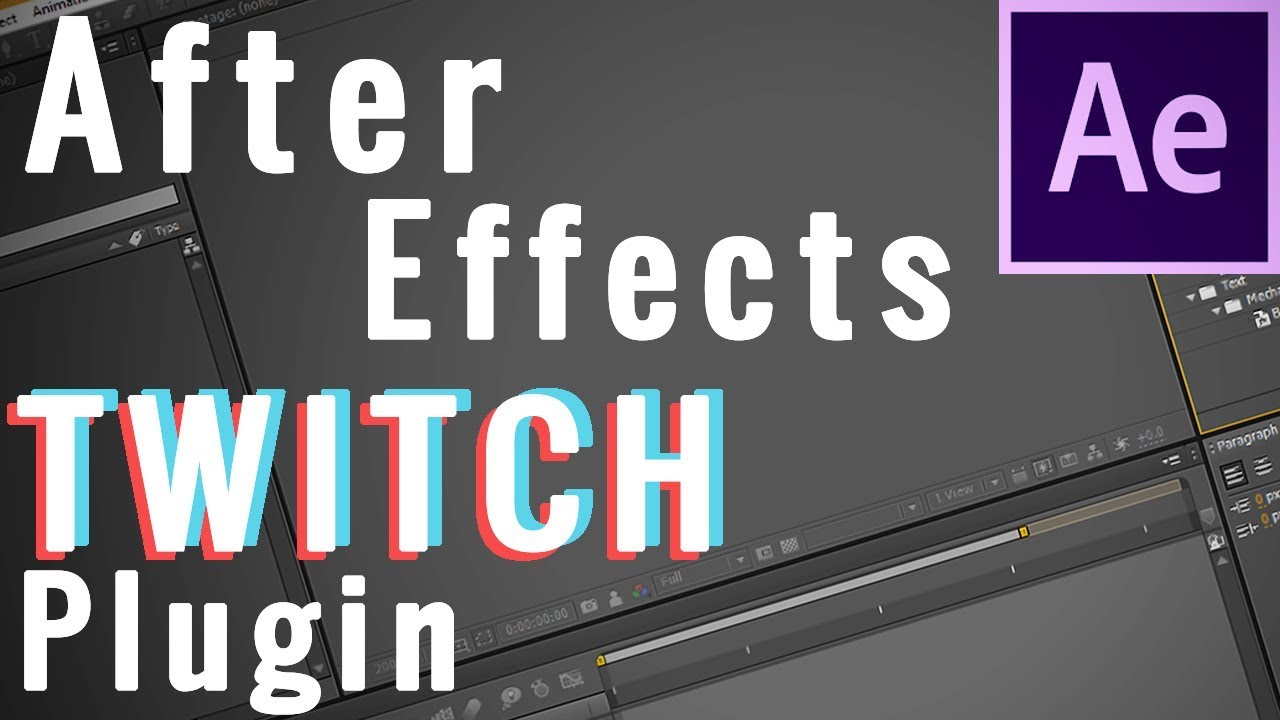 The first part of the expression has the wiggle expression applied to the X axis [0]. As you can see, the 2nd part of expression, the Y part, doesn’t have the wiggle applied, it just has transform.position[1], meaning it’s not going to change.

If you want to twitch only in the Y direction, don’t apply the wiggle expression to the X axis, apply it to the Y axis only. The expression would look like this:

The X axis is staying still while the Y axis has the wiggle expression applied to it. Take note of the bracket numbers.

You can try various blurs for the glitching effect, such as Directional Blur. Each blur will give you different results, some looking better than others depending on what you’re trying to do. You could also try creating a masked vignette blur, masking out a vignette for the Blur Adjustment Layer, making the animation only blur around the edges to make an interesting look.

Hopefully this tutorial was a little useful to you and I hope you enjoyed it. If you liked this tutorial, please leave a feedback comment down below to show some support! If you have any questions, ask them below and I’ll get to the as soon as possible.

Maybe asking way too much from a beta solution.
Here's the stitch.
1. Have main scene running
2. Have 2nd scene setup to run an after effects transition wipe (a swooping graphic with transparent background)
3. Hit hotkey for 2nd scene
4. profit
I have really been digging into OBS for the last 3 months or so.
I know I could derp around and get my after effects to export to a gif with bright green background and then chromakey via OBS.
That's the nitty gritty way.
Another way, which totally acceptable, would be if we could chromakey actual video files.
Lets say I put a bright green background to my after effects file and then export it as .avi/mp4/whatever.
I have that video file play and am able to chromakey the actual video file in OBS.
Is there a graceful way of doing this or am I overstepping beta?