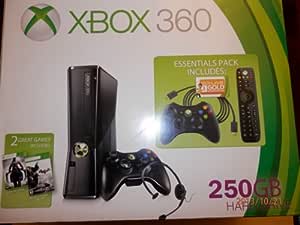 SunBeam
PRE: Article's also been posted on my blog. Have a visit and leave your comments Wink

--
Hello folks.
As mentioned in this post here, below you'll find an updated table for Batman: Arkham City (latest Steam build).
How to work with it:
1) Run the game till main menu, open up Cheat Engine, target BatmanAC.exe game process.
2) Activate [Console] item and the sub-section expands. Activate Fetch UE3 Pointers/Addresses script to fetch the required GNames and GObjects pointers. If script doesn't get enabled, let me know.
3) Activate Enable Console script.
4) Activate Set Hook & Emulate RCheatManager UObject script.
5) In-game, open up the console with Tilde key and type in a command (e.g.: fly). You'll see you can now fly around.
Note: if you want to have a look at all GNames and GObjects, you can dump them via GNames & GObjects Dumper script. Once activated, press Numpad /, then check Batman Arkham City GOTYBinariesWin32 folder for two text documents: NamesDump.txt and ObjectsDump.txt. Note that when you transition between main menu and in-game, the pointers to the objects might get reallocated, thus you'll need to press Numpad / again.
UPDATED:
Added:
1. AddXP Adjust: this script simply changes the amount of Experience engine gives you when you use AddXP command.
2. Freeze Countdown Timer and Freeze Elapsed Time: self explanatory.
Video:
Link
Interesting commands that can be used with this mod:
Code:
Command Effect
AddXP Adds 250 XP points.
BmRagDoll Sends Batman in ragdoll mode (removes bone physics). Enter again to restore.
CauseEvent Same as below.
CE <event> Will trigger that specific event happening. There's a quick list displayed. Note that once triggered, these events might ruin your overall progress %.
DebugGiveAllGadgets Gives you all gadgets. You can use them from the beginning with ease. Can also hack TYGER secutiry consoles.
DebugGiveArmour Restores your armor.
DebugGiveFreezeBlast Gives you said weapon (keypad #5).
DebugKillAllEnemies Kills all enemies in your viewing range.
DebugRemoveArmour Removes your armor.
DebugUpgradeEquipment Upgrades all your equipment (gadgets, moves, etc.) even though they are disabled (or you don't have them) in the Waynetech menu.
Fly Toggles Fly Mode on/off.
FOV <number> You can set the field of view.

Ghost Toggles Ghost Mode on/off. Noclip, basically (walk through objects).
God Toggles God Mode on/off.
InfiniteGadgets Refreshes your gadgets inventory. You can use gadgets instantly (good for refreshing the Disruptor).
Invisible Toggles on/off rendering of your character model. Not invisible to enemies Good for screenshots.
KillMe You die. God needs to be off.
KillPawns Kills all enemies in your vicinity.
LoadPC Loads the specified character. Use this in conjunction with KillMe (when at Retry screen, open console and LoadPC Playable_<character> [Enter]).
PlayersOnly Freezes game world, while you can just move around.
RE <event> Causes a remote event to happen. If you want to progress fast through the story, see the list displayed after typing in 're [space]'. Note that it will affect your progress, as game gets
saved! Some may crash after sequence finishes.
RestartLevel/ReloadGame In case something breaks, use these
RestoreHealth Refills your HP.
RiddlerRevealItems <MapName> Will reveal all Riddler challenges (trophies, secrets, etc.) in given map. Without argument, reveals all. 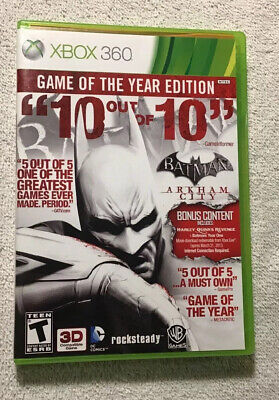 Slomo <value> Slows down time to your value. Default is 1.
Suicide Same as KillMe, but without BmRagDoll (character doesn't fall down on its back, sign that bones got disabled via BmRagDoll).
Teleport Teleports you to viewed object (building, piece of ground, sky, etc.)
ToggleEnemiesCanAttack Disables enemies capability of attacking you. Enable this when in the middle of a crowd or triggered their attention. Useful for other game modes and huge combos
ToggleGhost Same as Ghost.
ToggleHUD You know this one
TurnOffEnemiesCanAttack Same as ToggleEnemiesCanAttack, but without the toggle. Note that enemies might have 1 go at you before the property is set. Depends how you caught them
UnlockAll Unlocks everything on character page (all tapes as well) in Batcomputer Data menu.
UnlockAllAchievements Unlocks all Steam achievements
UnlockBios Same effect as UnlockAll.
UnlockChallengeMode Guess
UnlockCityStory Unlocks all City Stories in Batcomputer Data.
UnlockGallery Unlocks all 4 pages of the Concept Art Gallery at main menu. Type it in console at main menu, after selecting the save to load.
UnlockNewGamePlus Well, you guessed Type it in console at main menu to enable, after selecting save to load.
UnlockRiddler Unlocks all Trophies (the models at main menu).
UnlockWayneTech Unlocks everything in Waynetech menu.
Walk Get back to walking normally after Fly/Ghost.
BR,
Sun
How to use this cheat table?

Even though I fancy the idea of unlocking hidden content and character capabilities, I must admit that cheats are my last option. I only turn to them after playing the entire game content or when I want to unleash an otherwise hidden aspect of the game.

Indiscriminate cheating might land you in trouble with the latest examples being banned Overwatch accounts and users and suspensions on Pokemon Go by Niantic.

Batman: Arkham Knight draws inspiration from the well-established comic book Arkham mythos. The series has inspired up to four main video games and a huge range of spin-offs that are either direct combat-detective pieces or subtle Batman: Arkham-themed gamesthat give veteran gamers diversity without breaking character.

PC players will have to set each desired effect manually over at the pause menu> controls section. Console players can use the following gadget shortcuts.

Tips and Tricks to Use in the Game

Dodge when driving the Batmobile. It might be versatile but you will need it at its best performance later on in the game.

Failed port is already allocated issue 1114 docker for mac github. Using special weapons while on the Batmobile will increase your lethality

Mash up combos to get the best XP from combat. Frequent takedowns increase your score 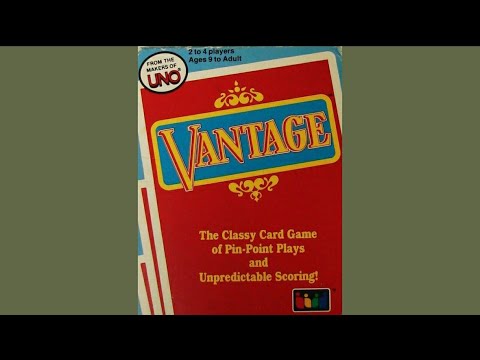 When flying through Gotham, tap X multiple times to enact the Batman grapple boost. It will give you maximum height

Even though the Batman: Arkham Knight series might be over, there’s still some hope of another Batman game with Damian Wayne (Son of Batman) featured as the replacement to his retired father.