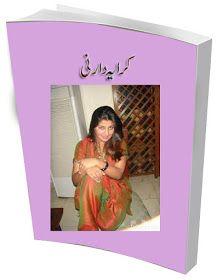 One of the earliest reviews of Mirza Ruswa’s Umrao Jan Ada appeared in Mi’yar (Lucknow) in 1899. It began: “Taken as a whole this tale is written on the same model that Mr. Reynolds used to write his Rosa Lambert.” Note the confident — even if erroneous — reference to George William MacArthur Reynolds. The anonymous reviewer knew that most of his readers were by then well familiar with the English novelist.

Reynolds — radical politician, muckraking journalist, and one of the most prolific novelists in the English language — was born in a well-to-do family in 1814 but lost his parents while still young. Sent by his guardian to study at the Royal Military Academy at Sandhurst, Reynolds soon ran away to live on his own and by his talents alone — the latter included thieving and gambling with loaded dice. A trip to France, soon after the Revolution of 1830, made him a life-long radical in politics, and a relentless champion of the poor and the exploited. He also discovered his talent for writing, and used it multifariously on returning to London. Tracts, stories, novels, journals, newspapers —Reynolds used every available print medium to propagate his views and champion radical economic and political reform. To his good fortune, Reynolds’s literary career coincided with rapidly increasing general literacy in the country, and his writings quickly became wildly popular with the newly literate men and women of the working class. Most of his novels were serialized in his ‘penny’ paper, Reynolds’s Weekly Newspaper, a Journal of Democratic Progress and General Intelligence, later renamed Reynolds’s Miscellany of Romance, General Literature, Science, and Arts, which at the height of its popularity was selling as many as 300,000 copies every week. One list of his works contains 43 novels, including two that may well be the most massive in English: The Mysteries of London (1848) and The Mysteries of the Court of London (1856). A contemporary of Charles Dickens, Reynolds saw his popularity eventually decline in comparison, as did his kind of radical politics. After his death in 1879, Reynolds was soon forgotten, and today remains only a footnote in standard histories of English novel. 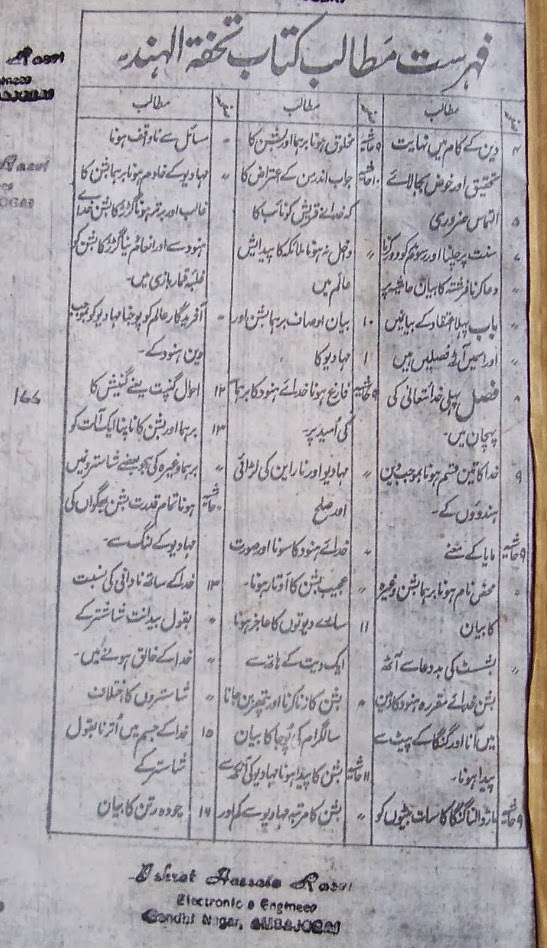 That has also been his fate in Urdu. But between 1895 and 1925, Reynolds was the most avidly read novelist in Urdu, rivaling, possibly surpassing, in popularity the famous triumvirate of Nazir Ahmad, Ratan Nath Sarshar, and Ruswa. Reynolds’s first novel to appear in Urdu was Leila; or, the Star of Mingrelia (1856). It was translated by Muhammad Amir Hasan of Kakori, and initially serialized in the weekly Avadh Akhbar (Lucknow) under the title Fasana-e ‘Ala-Din-o-Laila, and subsequently appeared as a book in 1890. Much of its appeal probably lay in its ‘Oriental’ milieu and the love story that came bundled with international politics. Its success led Hasan to translate and similarly publish a second novel, Wagner, the Wehr-Wolf (1847), as Vegner-o-Niseda.

The most useful book in Urdu on Reynolds, and also the only one exclusively devoted to him, is Mistar Je Dablu Rinalds ki Savanih-‘umri by a Mir Karamatullah of Amritsar. It was published from Lahore around 1910, and deserves to be properly edited and republished. Academic historians of Urdu fiction, however, have not done justice to Reynolds.

By 1896, the famous Newal Kishore Press had on offer three more translations, and other publishers were beginning to take notice. Four years later, 11 books by Reynolds were available in Urdu, and by 1918 the number had increased to 24, including the mammoth The Mysteries of London. Also by then, several of the earlier translations had gone through two or more printings, and a few novels had been translated more than once. Rosa Lambert; or, the Memoirs of an Unfortunate Woman, for example, could now be read in Urdu in two separate translations, and two more followed a few years later.

These translations were always selective — they invariably left out Reynolds’s long digressions into social and political commentary of his times — and much shorter than the densely printed long narratives that Reynolds always produced. Except for one, the translators seldom added anything of their own. Munshi Girja Sahay, however, freely put in his own thumris and ghazals in his abridged version of Margaret; or, the DiscardedQueen (1857), converting the novel into something like a Scottish nautanki! The covers of these books and their advertisements often added jadu-nigar or jadu-raqam to the author’s name, turning him into: “The magic-making Mr. Reynolds”.

Among the admirers of Reynolds who also became his translators were such notables as Munshi Sajjad Husain, the t please not Abdul Sharar. editor of Avadh Punch, who translated Master Timothy’s Bookcase (1842) as Dhoka ya Tilismi Fanus; Abdul Halim Sharar, the famous novelist, who translated May Middleton; or, the History of a Fortune (1855) as Khubi-e Qismat; the poet Riyaz Khairabadi, who translated Loves of the Harem (1855) as Haram-Sara; and Naubat Rai Nazar, a major literary figure at the time, who translated Agnes; or, Beauty and Pleasure (1855) as Sham-e Javani. Zafar Ali Khan, famous for his newspaper, Zamindar, translated the first three parts of The Mysteries of London as Fasana-e Landan; the work was then completed by Tirath Ram Firozepuri, who later translated The Mysteries of the Court of London as Nazzara-e Paristan; TheMassacre of Glencoe,a Historical Tale (1853) as Khuni Talvar; Joseph Wilmot;or, the Memoirs of a Manservant (1854) as Gardish-e Afaq; and Agnes as Ghurur-e Husn. 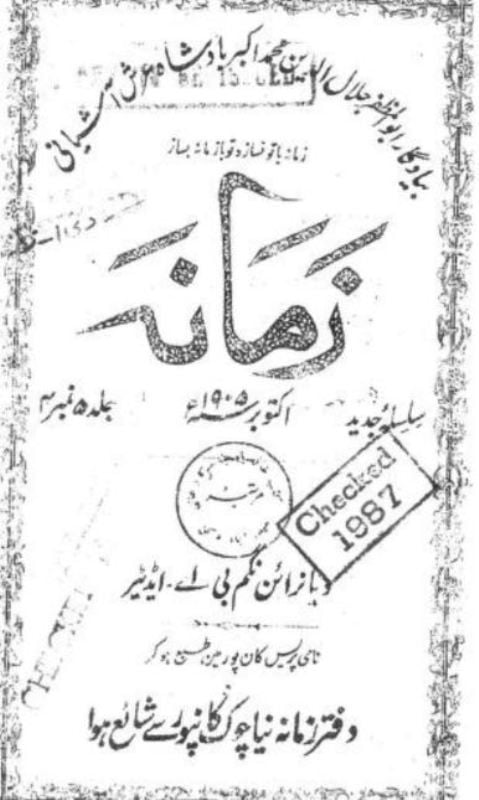 “In those days everyone talked of Reynolds’s novels,” wrote Munshi Premchand (b. 1880) about his reading habits in youth. “Urdu translations were coming out right and left and handily sold. I too passionately loved those books.” No wonder then that the great writer’s first book, Asrar-e Ma’abid (Mysteries of Places of Worship), was a modest homage to Reynolds’s two Mysteries books, as were Sharar’s Husn ka Daku (The Robber of Beauty) and Asrar-e Darbar-e Harampur (Mysteries of the Court of Harampur).

It is fascinating that the melodramatic historical romances and the tales of decadence and crime among the rich and the noble of England that so much pleased England’s working-class men and women, for whom explicitly they were written, became such a huge success with the Urdu-speaking men of the ashraf and the newly emergent middle class in India. The emphasis on men is deliberate, for there is no evidence that Reynolds was ever avidly read by Indian women. In fact, it is quite likely that the brothers and husbands of those women kept Reynolds’s books away from them, labeling the books as ‘prurient’ or ‘sensational,’ while enjoying the same themselves. It is also noteworthy in that regard that a similar reception was not given to Charles Dickens, either then or later. To my knowledge, the first translation of any of his novels appeared only in the 1950s.

These translated melodramas played a major role in the development of the novel in Urdu. They taught many a thing to budding Urdu writers of the time: naturalism in descriptions of physical landscapes, realism in the delineation of urban glamour and squalor, literary strategies for creating suspenseful narratives, and much more. Here is what Pundit Bishambhar Nath wrote in the preface to his translation of The Seamstress; a Domestic Tale (1851) as Fasana-e Sozan-e ‘Ishq (before 1918): “This novel will please readers because [Urdu] novelists chiefly rely on excellent dialogues. When apt responses are given, or when someone tells an anecdote to another person, the result is always delightful for the readers. That delight, however, is like a dish that lacks salt if the narration does not also describe the physical gestures of the protagonists: the manner of their speaking, the expressions on their faces — the change in colour, the raising of the brow, or the casting of a glance, their delight or despair as they speak, or the state of fright or anger or bashfulness they might be in. [In short] the writer should tell us all that as if he were himself an eyewitness.”

Similarly informative about the influence of these translations on contemporary literary taste is the following comment from a reader of Fasana-e ‘Ala’uddin-o-Laila, included in its first appearance as a book in 1890: “The dastaan and fasana that were written in our country in the past, or are written now, consider it a sin to use readily accessible and unadorned language, or present a photographic image of a place or occasion…. This novel seems to have been translated with the purpose of enhancing the ability of our writers in properly delineating an incident (vaqi’a-nigari) and producing narratives that are also edifying (natija-angez).”

The most useful book in Urdu on Reynolds, and also the only one exclusively devoted to him, is Mistar Je Dablu Rinalds ki Savanih-‘umri by a Mir Karamatullah of Amritsar. It was published from Lahore around 1910, and deserves to be properly edited and republished. Academic historians of Urdu fiction, however, have not done justice to Reynolds. They have either ignored him or, like Ahsan Faruqi and Ali Abbas Husaini, noticed him only as a negative presence. Faruqi, however, has astutely pointed out how Sharar, in most of his historical romances, owed much more to Reynolds than to Sir Walter Scott. Azimushshan Siddiqui, more recently, has given a more detailed, but less analytical, account. A valuable introductory essay on Reynolds also appeared in Dawn (July 20, 1981) written by Muhammad Salimur Rahman, the reclusive savant of Lahore. But scholars of Urdu fiction have yet to do justice to “the magic-making Mr. Reynolds” and his devoted translators; both need to be given their rightful place in the history of the Urdu novel.