Hungama TV is a TV channel for kids in India based in Mumbai. Originally a subsidiary of UTV Software Communications launched in 2004, the channel was sold to Disney in 2006. The channel helped to increase Disney's presence in India. Hungama is now an operating unit of Disney Channel Worldwide. Hungama TV primarily focuses on Anime for children. Its primary age demographic is 6-12. Kiteretsu Daihyakka (キテレツ大百科) (Also known as Kiteretsu Encyclopedia or only Kiteretsu) is a manga series by duo Fujiko Fujio which ran in the children's magazine Kodomo no Hikari from April 1974 to July 1977. The manga was later made into a 331-episode anime television series which ran on Fuji TV from 27 March 1988 to 9 June 1996. An English dub of the anime aired in India on. 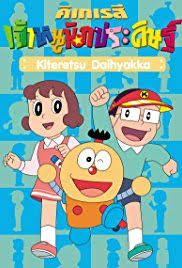 Hungama TV is an Indianpay television channel aimed at children. Originally a subsidiary of UTV Software Communications launched on 26 September 2004,[3] the channel was sold to Disney in 2006.[4]

UTV and Ronnie Screwvala formed United Home Entertainment with 51% and 49% ownership interests, respectively. The company was formed to launch an Indian kids channel. It hired TAG for channel packaging. Chief Operating Officer Purnendu Bose was hired and was expected to hire 100 employees for the channel. Rs 100 crore was the expected initial investment with expectations of break even in three years. In September 2004, Hungama TV started broadcasting as the first domestic kids channel in India.[5]

In March 2005, one of the UTV founders, Zarina Mehta became Humgama's head of programming. In early 2006, Mehta was promoted to chief operating officer of the channel.[6] 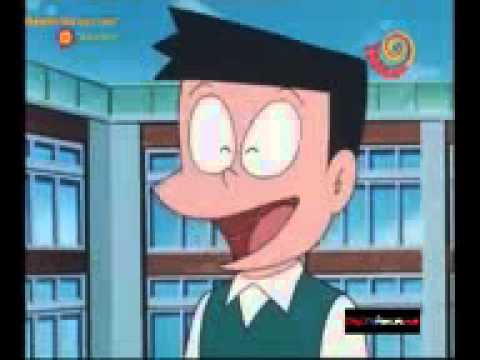 The channel started with both live-action and animated programming but, following the success of Doraemon, gradually shifted its focus to solely animated programming.[9][10] In 2013, Hungama started adding original Indian series as a part of a localisation strategy.[11]

A Hindi dub of the Shin Chan anime started airing on Hungama TV on 19 June 2006, and it gained up to 60% of the channel's market share.[12] There were complaints from parents over the main character's behaviour and the attitudes exhibited towards elders on the show, both of which were seen as a negative influence on children. The show was banned from Indian television in 2008 but soon after it started airing again on Hungama TV.[13]