The YouTube clip titled 'Monster Energy drinks are the work of SATAN!!!!' Features author Christine Weick and has garnered close to 7 million views as of Monday afternoon. The video makes the claim that the M used on the can represents the numbers 666 in Hebrew. Here we go again. Somebody is claiming that Monster Energy drink has the number of the Beast of Revelation 13 as its symbol since it looks like the sixth letter of the Hebrew alphabet. It’s right there on the can: “Certain blogs and websites have noticed that the logo is very similar to the Hebrew letter ‘Vav.’ In the Hebrew Alphabet. But then she goes even deeper, past the 666 symbology and the fuck-you cross in the O. She points out the letters BFC on the bottom of the Monster can. 'That's the F word,' she says.

Rumours are circulating that popular energy drink Monster is actually a sign of Satan, based on the logo appearing to symbolise the 6th letter of the Hebrew alphabet Vav 3 times, thus producing the number 666, the sign of Satan.

More detailed variants of the rumour also point to what it claims to be devil-like instances in Monster commercials as well as a slogan they use “Unleash the Beast”.

Whilst none of the information in the article is strictly false, the rumours exploit a common human tendency to see symbols or meanings hidden in messages or, in this case, logos, that are not really there, when presented in a context that fits the agenda of the author. The tendency is called Apophenia, and the ability to see patterns in images is known as Pareidolia.

When taken out of that context, you can see clearly how absurd and outlandish the claims really are. The basis of the entire claim is that the M logo of the monster drink is actually the Herbew Vav symbol three times, as illustrated in the below image (that has spread via social media since as far back as 2010.)

However on closer inspection, whilst there is a passing resemblance, the strokes of the letter M are by from far identical to the Vav letter, and resemble – to the same degree – several of the other Hebrew letters too. Not onlt that, but as we’ve discovered – the strokes of the letter M also match dozens of other symbols, including symbols from the Mandarin language, as well as symbols closer to home, like the number 1.

In fact there are dozens of similar symbols out there that the letter M could equally be based on, though it is likely that the logo is simply based on the letter M, and that is all.

Since these silly rumours rely on this arbitrary and passing resemblance as the basis of the claim, once we establish there is simply nothing to it, the other claims fall apart by themselves.

Such as the “Unleash the Beast” slogan, whilst at first may appear to backup what the spectator originally thought to be an uncanny coincidence, also fail to hold up to any critical scrutiny. The drink is called Monster, hence the slogan.

The term “BFC” doe appear on Monster cans, but only on their 32oz cans, because, well, it is a big can. 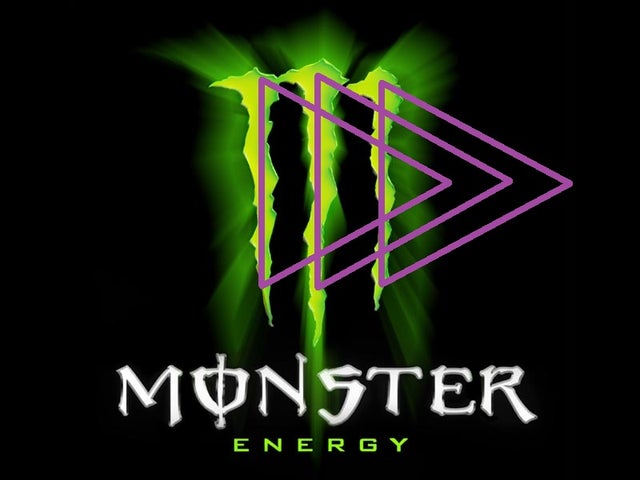 Whilst readers are free to believe whatever superstitious codswallop they want to, there really is nothing that holds to a little bit of critical thinking here.