The Kawasaki MULE (Multi-Use Light Equipment) is a series of lightweight Utility Task Vehicle that have been built by Kawasaki since 1988. Initially available with a 454 cc (27.70 cu in) twin-cylinder engine in the original MULE 1000 model, the range has grown and been gradually updated over the years, and now includes both petrol and diesel variants.

In 1988, the first Kawasaki MULE was introduced in the form of the MULE 1000; it featured a water-cooled 454 cc (27.70 cu in) twin-cylinder engine, which was fitted to an open-cab utility vehicle chassis.[1] The MULE 1000 also featured a continuously variable transmission (CVT), independent suspension at the front and rear and a locking rear differential.[1]

The MULE 2010 was introduced in 1989, and featured a larger 535 cc (32.65 cu in) engine, a high/low CVT transmission, selectable four-wheel-drive and a De Dion rear suspension.[1] 1990 saw the introduction of three new MULEs; the 2020, which was designed for golf courses and used a fan-cooled single-cylinder engine, the 2030, which was designed for industrial work, and the compact 500 model with a single seat.[1]

The MULE 3000 series arrived the following year, combining the 2500 series' V-twin petrol engines with a new continuously variable transmission and featuring new 'pick-up truck' styling incorporating a storage compartment under the hood; a diesel version followed in 2003.[1] 2005 saw the introduction of a four-seat version of the 3000 series and the compact 600 series, which featured an upgraded suspension, a 401 cc (24.47 cu in) engine, and new 'high volume' bodywork similar to the 3000 series.[3] 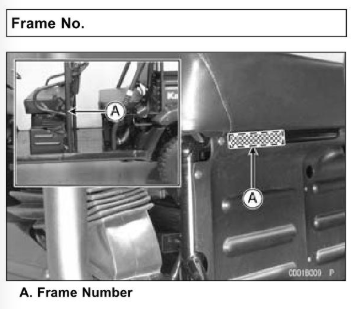 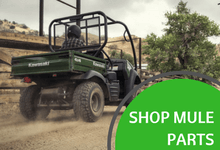