What, exactly, does it mean when you’re 26, it’s 2008, and you still harbor a schoolboy’s crush on Molly Ringwald?

If you’re Anthony Gonzalez, the French producer behind M83, it means picking album-cover models is easy.

“When we were at the modeling agency in New York, I saw this ginger girl,” he says, grinning as he refers to the redheaded Ringwald dead-ringer on the cover of his new album Saturdays=Youth (Mute). “I knew we needed her.”

A cast of high school stereotypes straight from The Breakfast Club–preppie, geek, goth–surround the girl on the cover, creating an instantly recognizable homage to John Hughes’ 1985 classic. “I really fell in love with the atmosphere of teen movies,” Gonzalez confesses, as we sit in his recording studio in Antibes, France, which is adorned with framed posters of Pretty in Pink, Say Anything…, and TheBreakfast Club. “The soundtracks were perfect and the characters were so charismatic.”

The Lost Cities is a mod that allows the player to play in an old abandoned city instead of the normal overworld. When you create your world you can select 'Lost Cities' as your worldtype. You spawn in an old and partially destroyed city that takes over the entire overworld.

The posters are only part of the inspiration for Saturdays=Youth, a collection of ’80s-inspired electronic tracks that’s a hazy, grandiose tribute to adolescence. The record magnifies the indulgent synths, exaggerated emotions, and campy vocals of previous efforts to the power of 10, while exploring the most iconic soundtrack category of all time: high school.

As the fresh-faced, soft-spoken Gonzalez discusses the album and his own memories of being a teenager–skateboarding through the streets of Cannes in the afternoon and smoking weed on the beach at dusk listening to The Cocteau Twins and Tears for Fears–it is clear that that period’s impact still lingers. “I think my teenage years were a mix of the movies Nowhere and Dazed and Confused,” he says. “I just wanted to recreate the feeling of those years. I think it was one of my best periods.”

Blue Skied An’ Clear
On “Birds,” the brief leadoff track from M83’s 2003 breakout album Dead Cities, Red Seas & Lost Ghosts (Mute), a robotic voice repeats the mantra “Sun is shining/Birds are singing/Flowers are growing/Clouds are looming/And I am flying.”

Walking through the neighborhood where Gonzalez lives, it’s easy to locate that exact wavelength. A maze of private drives, stucco houses, and blind curves occasionally tested by fearless Frenchmen on scooters, the area is sleepy and anonymous-feeling compared to most of its flashy coastal surrounds. The pebbled beaches and steel-blue Mediterranean waters of the Côte d’Azur make Antibes, in the South of France, a haven for the rich and retired, with glamorous movie premieres in nearby Cannes and a glut of pleasure boats bobbing in the harbor.

A district of high fences dotted by pines, palms and the occasional tangerine tree, the place where M83 makes his music seems stuck in the shadows. When I reach his mom’s modest home, he greets me at the gate decked out in an “I Love New York” shirt, crisp jeans, and white sneakers. As we sit on the porch drinking muddy cups of coffee, he explains to me that he can’t leave. He tried Paris life for a few years, found it cramped, and promptly returned home. “I’m sure you can find a better place, but this is perfect for me,” says Gonzalez. “I love the light here. It puts me in a good mood to create music. I travel a lot and everywhere I go, I miss this place. I even like the smell.”

His studio is in a small room in the backyard, facing the pool. Inside, vintage keyboards and drum pads huddle around a pair of computer monitors. On the ceiling, above a mattress in the corner, is a grid of glow-in-the-dark plastic stars. This room has always been a great escape. Before it was rebuilt in 2002, it was a garage where a teenaged Gonzalez and former M83 member Nicholas Fromageau would practice with their noisy rock band My Violent Wish. The band “pretended to be a bit rebel,” deadpans Gonzalez, who is quick to be self-deprecating, and laughs easily.

Living on Video
Gonzalez and Fromageau didn’t like each other at first. Impressions on the first day of high school at Lyceé Jacques Audiberti, a concrete slab of a building named after a French writer and poet, were blasé at best. That changed when bands like Sonic Youth and Blonde Redhead came up in conversation–the two became fast friends and eventually started making music together.

When Gonzalez talks about his school days, he becomes animated, able to channel his high school experience with a single-minded clarity. The worst parts were math classes, hippies, and Elodie François, the best pupil in the class, who “was also ugly and mean.” The best parts were smoking joints before Spanish class, skating to school, screwing up chemistry experiments, and making Elodie François cry. Weekends were spent with friends strumming guitars and doing drugs in secluded spots in the Alpine foothills, chilling on secret beaches on the coast, partying and drinking cheap wine, and picking up cute international tourists visiting the French Riviera. On Friday nights, they’d get high in Nicholas’ older brother’s room, and watch his movies. Yann, who is a director and former film critic, was often gone and had a good collection to delve into, leading to Gonzalez’s fascination with Truffaut, Wenders, Lynch, and Van Sant.

“What’s important in my projects is the connection with movies,” says Gonzalez. “It’s a real influence, maybe more than music. Before the Dawn Heals Us was like a soundtrack, a movie in itself. There was an intro and huge, cathartic moments. I think that the new [album] is more like a collection of songs taken from different kinds of movies.”

The soundtrack comparison is even more apt for the new album, which takes a decidedly warmer, more ethereal and pop-oriented approach than the colder, denser Dead Cities. The monologues or snippets of conversation on his albums aren’t samples, just original dialogue (sometimes written with his brother), meant to heighten the dramatic (or often melodramatic) mood and further the “scene.” Gonzalez usually composes with certain visions in his head. The new track “Kim & Jessie” originated from thoughts of two teenage girls lost in the forest, getting high. “Graveyard Girl,” a cascade of ecstatic synths with overwrought teen goth vocals from The Romanovs’ Morgan Kibby, came from visions of Molly Ringwald dressed in black.

Dream On
While the thought of an album adorned with Brat Pack iconography may seem a bit tired, Gonzalez pointedly avoids making music that is simply retro. “I can definitely understand why people think ’80s music is really cheap,” Gonzalez says. “But I really love it. I take it seriously. I still cry when I listen to ’80s music. That’s why I wanted this to be a personal album, not an ’80s tribute–lots of bands already did that, so it would be useless to do it again.”

Gonzalez is very personal and possessive about his music–traits that led to Fromageau leaving M83–but Saturdays=Youth marks the first time Gonzalez has worked with outside producers. Ewan Pearson was enlisted to give the music a contemporary gloss while Ken Thomas’ experience recording bands like The Cocteau Twins helped him capture certain electronic sounds. The result is a record that can be excessive and occasionally formulaic in its emotional highs and lows, but also grandiose and gorgeous… not unlike adolescence.

Zipping around Antibes in his grandfather’s car, tracing back across coastal roads and the narrow cobblestone streets he’s seen all his life, Gonzalez himself is an almost perfect picture of the sort of nostalgic bliss that Saturdays=Youth embodies. Hair blowing in the wind, I ask if he fit into a certain clique in high school, if he perhaps resembled one of the characters in The Breakfast Club. Gonzalez pauses for a second, searching for words. “I don’t think I was a bad guy,” he muses. “I was a bit of a dreamer, you know?”

Nowhere
This is my favorite Gregg Araki movie. It’s a true alien in the world of cinema. What really fascinates me is this world going adrift, in which the kids seem to feel totally lost and hopeless. The final scene between Dark and Montgomery is my favorite–it’s as moving as it is puzzling.
Favorite track: “Avalyn II” by Slowdive 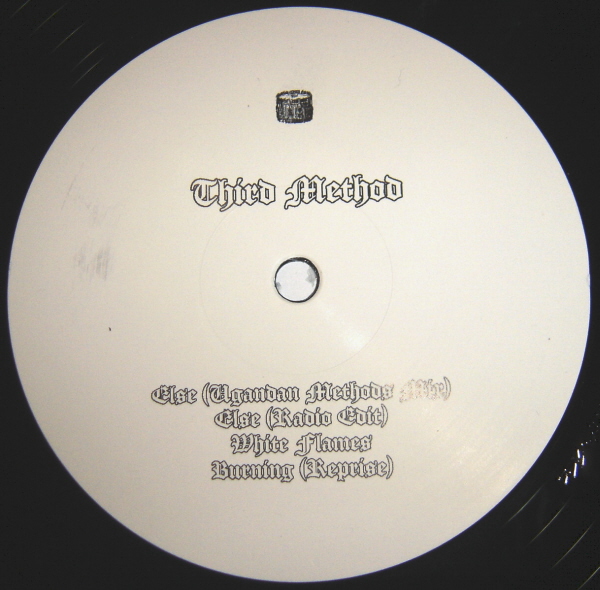 Pretty in Pink
I think it’s one of the best teen movies from the ’80s, maybe my favorite. What I find interesting with this movie is that it manages to avoid all the silly cheesiness that is so common in other films from that same period. Molly Ringwald is just wonderful in it. She was one of John Hughes’ muses, and it’s not hard to see why. That was just before she came to live in France, I reckon…
Favorite track: “Elegia” by New Order

Aguirre, der Zorn Gottes
My favorite film by Werner Herzog: a small raft drifting away in the midst of a sweltering jungle, and a sountrack made by Popol Vuh and Klaus Kinski that is just terrifying. The final scene, in which the monkeys get on top of the raft and all the passengers get killed by invisible enemies, was one of my first cinematographic shocks.
Favorite track: “Aguirre 1 (L’acrime di rei)” by Popol Vuh

Le Berceau de Cristal
Philippe Garrel’s trilogy–La Cicatrice intérieure, Athanor, and Le Berceau de Cristal–owes a lot to his relationship with Nico, who was the muse of the Velvet Underground. The film focuses on depicting evanescent bodies and doesn’t leave much room for dialogue. The soundtrack was made by Ash Ra Tempel and embodies everything I like in music: LSD and pads of synths.
Favorite track: Hard to say. This was my first encounter with German Krautrock of the ’70s.

Lost Highway
To me, this is one of David Lynch’s most fascinating movies. The whole way through, it makes you feel just as lost as the characters and you never know where the film is going to lead you. The atmosphere is really tense–often scary, totally strange, but also moving at times. I listened to that soundtrack a lot when I was around 16. This is also for me a means to do justice to Angelo Badalamenti, a composer that I deeply respect.
Favorite track: “Eye” by Smashing Pumpkins