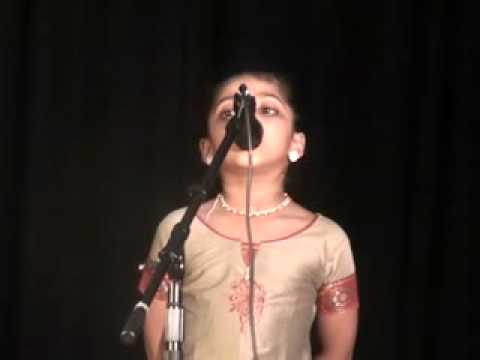 Mambazham in Malayalam language translates to “ripe mango”. The poet depicts memories of an unfortunate mother who just lost her child. “Mambazham” begins with a mother weeping when she notices a ripe mango fruit falling from the tree in her courtyard. She regretfully remembers an incident, when she scolded her child for plucking the mango flowers. She warned him that, if he plucked the flowers it would never yield fruits. The child felt disheartened and sad. He threw away the mango flowers, which he plucked from the tree and arrogantly declared that he would never go near the tree again, even for picking the mangoes. The poet reminds us that children are like GOD and their words could come true.