Has tv won? Every disaster from Armageddon to Pearl Harbor, every con job from Dogma 95 to Darren Aronofsky's visual static, suggests that the overfamiliarity of stimuli, an incessant habit of watching insignificant images, has finally left viewers and filmmakers esthetically deadened. Audiences today respond to movie images as casually as if watching television. The problem's compounded by home video and DVDs reinforcing the evil belief that a movie might as well be television.

It's undeniable that appreciation of narrative has been degraded when people are impressed by the card shuffling of plot in Memento but have little taste for the startling, concentrated imagery in The Day I Became a Woman. In television-sated culture, nothing matters. Outrage and catastrophe are as common?and regularly scheduled?as prettiness. The beauty people used to anticipate from movies has been supplanted by the blasé expectation of spectacle created by the digital and CGI era. There might be no way to get back the surprise and gratefulness that early movie audiences once had or, more importantly, the long-lost excitement that silent movie directors got from photographing a simple thing with astonishment. (I was reacquainted with this by the recent discovery of the marvels in Fritz Lang's 1928 Spies?a more remarkable film than any revival or restoration of the past five years.) As television habits dominate film production and viewing habits, the movies become as desultory and insignificant as one more newscast, one more commercial. 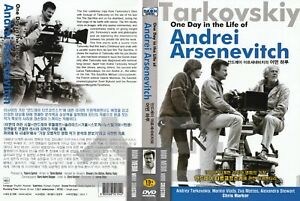 'It's a dead, dead form,' Michael Stipe announced to MTV by way of introducing REM's new Imitation of Life video. 'A chance to do something different' is how Stipe described it. Director Garth Jennings used 12 Super 8 cameras to put together a cinematic mural, its interconnected scenes constructing a jigsaw puzzle of life. This experiment is not only the most daring mainstream music video since Stephane Sednaoui's Mysterious Ways for U2, but Imitation of Life?from title to graphic experiment?addresses the problem of viewer laxity. It identifies the decrepitude of modern vision, infiltrates the tv habits that are sanctioned by swindles like Dogma 95 and the acceptance of rank video imagery and then pushes forward.

Jennings creates a series of composite mini-dramas taking place in what looks like the patio area of a resort hotel or at some generous American's multiculti backyard barbecue?complete with waterfall and swimming pool. Curiously unfocused, featuring random characters and actions, Imitation of Life at first looks like a live-action version of a Where's Waldo? game. REM can be spotted among the participants: Stipe sings karaoke while doing his spastic mime dance, Mike Mills pours wine into a pyramid of goblets, Peter Buck plucks a ukulele while holding a chimp in his lap. But it's never exactly clear if there's a center of activity as the cast of a couple dozen people?young, old, mixed races, all with highly animated expressions?move about in a frenzy. The gathering is as multiculti as that other melting pot allegory, REM's ultra-weird Shiny Happy People video directed by Katharine Dieckmann. Here the happenings are goofy-mysterious like the isolated behaviors seen in Jake Scott's Everybody Hurts. We see several couples sneaking gropes, a man whose arm catches fire near the barbecue, a girl dousing water in the face of a snooty woman, an old couple climbing a knoll and more.

Everything's familiar but nothing is usual. That could be a definition of the folk art principle REM occasionally features in its best music videos. Just as Dieckmann and Scott used film to make lo-tech and hi-tech versions of outsider art, Englishman Jennings seeks what might be called the common peculiar. Candid, casual, telling moments. (This is the first music clip in support of the album REM has called Reveal.) It's not so much that this pop form needs reviving?according to Stipe's hyperbolic alarm?but Jennings revives its purpose. With REM's commission, Jennings achieves the different slant on human behavior particular to outsider art and that used to be seen in European short films.

Imitation of Life reimagines Zbigniew Rybczynski's Academy Award-winning short Tango (1982), itself a take-off of the stateroom sequence in A Night at the Opera. Rybczynski showed more and more people filling a single space and their repeated actions, a result of footage played on a loop, demonstrated the repetition of human habit. Tango proved the medium's perfectly suited tendency to capture and hold a phenomenon for examination and reexamination. Almost 20 years later, Jennings follows Rybczynski's experiment to pose timely questions about the way contemporary pop audiences see things. Each little act suggests a kaleidoscopic Short Cuts?subversion of normal behavior, the common peculiar again and again. There's furtiveness, viciousness, romance, surprise?a chain of idiosyncrasies that Jennings' surveillance-camera POV scampers to follow. Reveal is REM's Pet Sounds album and there is a strange kind of willed innocence in this video. Despite Jennings' self-conscious imitation of life, the intention is not to degrade or misrepresent the way new media frequently does.

As if parodying the hoaxes of digital-video fanatics, Jennings uses a degraded visual image as a commentary on our overcomplicated media responses. Rather than clarity and beauty, Jennings lets circles of confusion (a techie phrase for an aspect of image resolution) confound what should be our sophistication about how things look and even how people relate. It's bold and initially off-putting. 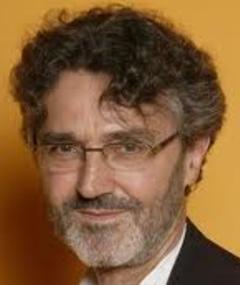 The fallacy of new digital technology as the absolute future of cinema makes some filmmakers and critics rationalize primitivism. But Imitation of Life succeeds because it doesn't pretend creative naivete (even with such pretense there is no Dogma 95 film that is not also dramatically turgid). Jennings' pluralized storyline and dynamic setting cohere into an interesting pointilliste style and technique. He turns the digital era's faults into a critique. When you see a digital video feature like Chuck & Buck or The Anniversary Party, it's a depressing esthetic experience. The actors have gray, sallow skin because, unlike film, projected video doesn't yet support pigment or inner light. Movies are not just a medium of visual reproduction but of interpretation, essence, expression. In spite of Dogma 95's theories, these 'films' don't look like an advance, they look like home video. Tolerating this, even if only temporarily, is like swearing off art museums and only viewing bad reproductions.

One Day In The Life Of Andrei Arsenevich

Sharp photographic imagery cannot be beat; it shapes, defines, illumines our thinking. Through television (and video games) audiences have gotten accustomed to less than superlative images. So Jennings confronts these video heads, turning Imitation of Life into something of a game. The song is always perfectly lip-synched by a variety of actors no matter how often their movements repeat or where Jennings' focus lands. Scanning the surface of the basic backyard image (like the old multi-plane animation process Disney invented to gain mobility in a single setting), Jennings puts viewers in the investigative position. (How much unguarded emotion does one see? What truth is hidden in the visual platitudes?) It harkens back to great cinema, evoking the visual/intellectual processes of Blow Up, The Conversation, Blow Out and the prototype Rear Window?Hitchcock's original drama of community observation/inquiry.

One Day In The Life Of Andrei Arsenevich Subtitles

Every time Jennings' camera scans and zooms in on a surprising action the image blurs. Digital technology is what makes this amazing constant-motion composite possible. But the suddenly sprouting grains and pixels are not accidents of technology; they are the basis of Imitation of Life's fuck-tv concept. Stipe and Jennings endeavor to affect the film-watching experience. Showing digital video's limitations, yet outlining what film could reveal, they're concerned not simply with what a film is about but how it can be perceived. These are equal terms in postmodern theory, but Imitation of Life?recognizing the problem of television encroaching upon movie vision?vivifies the fact of cinema. It's perfect that this provocation is being shown on tv because it seems like that's where the fight for cinema's life will, inevitably, end.

One Day In The Life Of Andrei Arsenevich Imdb

Until some imaginative programmer brings back Fritz Lang's Spies, you can rediscover the essence of cinema when Anthology Film Archives presents One Day in the Life of Andrei Arsenevich, Chris Marker's documentary essay on Andrei Tarkovsky. Now that we don't actively grapple with Tarkovsky's amazing, obdurate style, I kinda miss it. Marker may have too much patience for maxims like, 'Naive Americans contemplate the sky, Russians?at least that Russian [Tarkovsky]?contemplate the earth.' But he also recognizes a quotable anecdote, as when a psychic channeled Boris Pasternak, who told a young Tarkovsky, 'You will make seven films.' 'Only seven?' Andrei asked. 'But good ones,' Pasternak assured him. And proof is on film to be seen. (Bonus: one clip proves the spilt milk shot in REM's Losing My Religion comes directly from Tarkovsky's The Sacrifice.)

Anthology is also exhibiting totemic 16- mm outtakes from The Sacrifice (Tarkovsky's last film), shot by Sven Nykvist. These include a masterfully choreographed camera movement from a lakeside to a road through the interior of a house and out to a framed shot of its back porch. (All in one take!) It has a spiritual component, a fascination with nature and life that is simply impossible with digital video or CGI-contrived camera movements and image manipulation. (Surely Tarkovsky's supernal Nostalghia influenced Godard's Nouvelle Vague and Nouvelle Vague anticipated Kiarostami.)

دانلود فیلم One Day In The Life Of Andrei Arsenevich