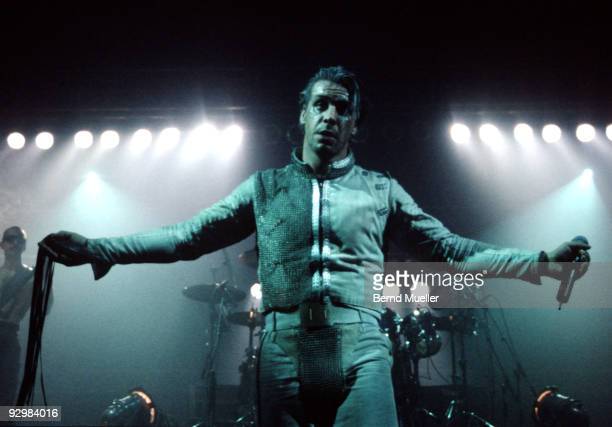 Features
Rammstein’s best album? We’ve trawled through their back catalogue to determine which comes out on top…

Injecting their trademark sound with fresh flair, RAMMSTEIN is one of the band's best efforts, a potent distillation of all the elements that have endeared them to fans for two-and-a-half decades. After all these years together, it's a wonder that Rammstein continue to improve while still retaining the hunger and passion that has helped them.

“Rammstein 3D” is what guitarist Richard Z. Kruspe promised Kerrang! last November, when asked what to expect from the band’s seventh opus, which they were then in the final stages of completing. Considering this was a band who had already taken heavy noise to new unchartered dimensions, both visually and sonically, it was almost hard to know what he was getting at – but when the video for Deutschland arrived last month, all became crystal clear. Make no mistake, this is shaping up to be Rammstein at their most staggering and conceptually epic. Before the rest of that new music arrives on May 17, now feels like a good time as any to reacquaint ourselves with the sextet’s back catalogue…

In all honesty, there’s simply no such thing as a bad Rammstein record – all six studio albums contain more than their fair share of face-melting Teutonic glory. That said, their fifth full-length fell slightly short of the creative genius so boldly present on the albums before it. Released only a year after its predecessor – which half of its tracks were originally penned for – it was even named Reise, Reise Volume Two before the group eventually settled on Rosenrot (translating as ​‘rose-red’ in English). But this is no half-arsed collection of B‑sides… far from it. Mann Geggen Mann witnesses some of most maniacal roars we’ve heard from Till Lindemann, while more keen-eared fans may have recognised the ​‘Hey’ sample used in pulverising opener Benzin from Prodigy chart-topper Firestarter, originally lifted off Art Of Noise track Close (To The Edit). One of the more unlikely collaborations in rock history arrived with Stirb Nicht Vor Mir, which features guest vocals from Sharleen Spiteri of Scottish pop-rockers Texas, alongside German singer Bobo – who has lent her voice to a handful of Rammstein songs over years. Over half of these songs have never been performed on stage, and considering just how much great music they’ve written over the course of 25 years, that’s perfectly understandable.

For some bands, evolution equates to moving through genres and eventually leaving their roots firmly in the past. This is definitely not the case with Rammstein, however. All the flavours you would expect from them today are present on their mid-’90s debut – crushing metallic guitars, robotic synths, pounding machine-like rhythms and, of course, singer Till’s earth-rumbling baritone. That’s not to say the Neue Deutsche Härte pioneers haven’t progressed – rather their growth has been evident more in their songcraft than the actual ingredients to their sound, save a few horns and acoustics. Standout moments on this first taste include the searing thrash metal of Asche Zu Asche, electro-pop masterpiece Du Riechst So Gut, haunting ballad Seemann, and the unforgettable closer named after the group themselves. Though the production wasn’t quite as expansive as the music, the 11 songs impressed Nine Inch Nails mastermind Trent Reznor enough for him to include Heirate Mich and the self-titled finale on the 1996 Lost Highway soundtrack. 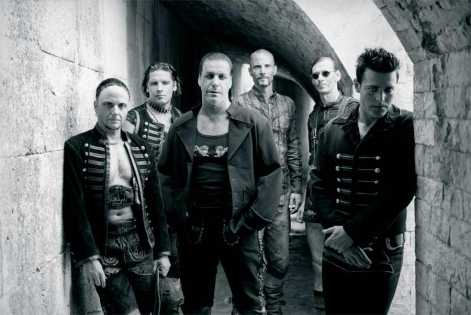 While that debut fared well on home soil and Austria, climbing into the top 10 and top 20 respectively, it was Rammstein’s sophomore release that saw global recognition beckon – mainly thanks to GRAMMY-nominated lead single Du Hast. More than two decades on, it remains the benchmark for industrial metal – an enduring juxtaposition of opposing extremes. Both playful and sinister, simplistic yet intelligent, soulful and mechanical, it encapsulates the conflict between man and machine like few had done before and have done since. Then there are the double meanings the Germans have become famous for – its main lyric translating as either ​‘you have me’ or ​‘you hate me’, depending on Till’s diction. Other tracks like Engel and Bück Dich remain setlist staples to this day, the latter of which involving some of Till’s more, um, ambitious flair for showmanship. 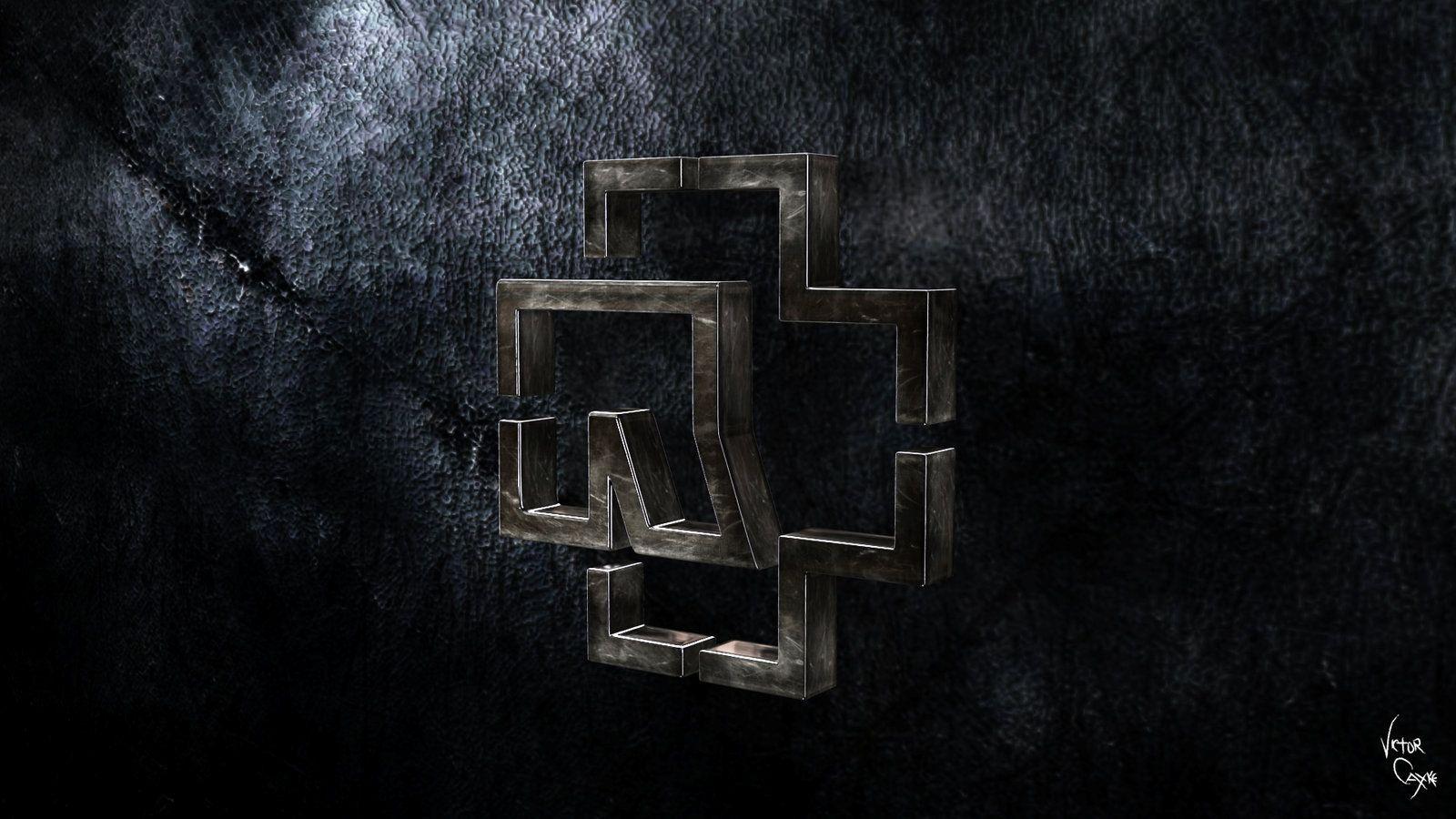 Ahead of the longest creative gap in their career, Rammstein’s sixth effort Liebe Ist Für Alle Da (meaning ​‘love is for everyone’) documented the Berlin sextet at their most provocatively twisted. The video for lead single Pussy premiered on German porn site Visit‑X, depicting the band members engaging in various sexual activities – though which of the close-up scenes were performed by stunt doubles remains unclear. Wiener Blut (translating as ​‘Viennese Blood’) was inspired by one of the most harrowing kidnap cases in European history, where Austrian engineer Josef Fritzl imprisoned his own daughter inside a basement for 24 years, fathering seven children with her. Ich Tu Dir Weh (meaning I Want To Hurt You) also contributed to the album being initially banned from public display in their native country, thanks to its wishlist of sadomasochistic practices that included the employment of needles, pliers, saws and – most perturbing of all – the insertion of rodents into the human body. Ew. Germany’s Federal Department For Media Harmful To Young People lifted the ban the following year, ruling it was more ​“a surrealistic hint at violence” than anything containing detailed or real descriptions of violence. In their official making-of video, guitarist Paul Lander explains how [keyboardist] ​“Flake gets mishandled by Till in this tub, gets liquid metal poured over him to visually underline the song text [lyrics]… because Flake is the weakest member of the group.” This scene has become a firm fixture within their curiously bombastic and gale-force theatrics on stage.

Boasting nearly as many fan favourites as the masterpiece that preceded it (more on which to come), album number four was the sound of Rammstein rising to the challenge which they had set themselves. Mein Teil, which won the group their second GRAMMY nomination, delved into the German cannibalism case of Armin Meiwes, who was nicknamed Der Metzgermeister (The Master Butcher) by national media for using the Internet to find a voluntary victim he could cook, eat and kill. On second single Amerika, Till ditches his native tongue to launch a scathing attack on the Americanisation of the modern world, bemoaning ​‘This is not a love song, I don’t sing my mother’s tongue’ in his pop-infected denunciation. ​“It’s fine that everyone can watch American movies and listen to American music,” admitted drummer Christoph ​‘Doom’ Schneider in official making-of documentary behind its moon landing-themed video, ​“but when one culture starts to export their values and tries to manipulate others for their own gain, like in Iraq, then it becomes too much.” Keyboardist Christian ​‘Flake’ Lorenz’s take on it was more tongue-in-cheek, admitting in the same documentary that ​“we hope the Americans like the song, find it amusing and think, ​‘At last the Europeans realise how good we are!’”

Rock music was in a state of rude health as 2001 came to a close. Landmark releases from Slipknot, Tool, System Of A Down and Opeth cemented the year as an exceptional time for heavy, life-affirming noise. It would also see Rammstein reach their creative peak – renting the famous Weimar house on the German Baltic coast the year prior for pre-production before recording at Studio Miraval in France – where Pink Floyd tracked The Wall. It might not be a double album, but for many fans Mutter is to industrial metal what the 1979 Pink Floyd masterpiece is to progressive rock – exemplary in its artistic ambition and unmitigated in both finesse and flair. Its biggest single, Sonne, was actually written as entrance for Ukrainian boxing brothers Vitaly and Wladimir Klitschko, though the pair ended up going with the somewhat less metallic sounds of Tina Turner’s Simply The Best. Five more singles came after that – Links 2−3−4, Ich Will, Mutter, Feuer Frei! and Mein Herz Brennt, the latter of which arriving 11 years after the album’s release. Mutter’s 45 minutes showcased Rammstein at their unbridled world-beating best – though whether it will continue its legacy as their undisputed masterstroke will remain to be seen come May 17. In any case, it will forever exemplify sonic warfare of the highest calibre. 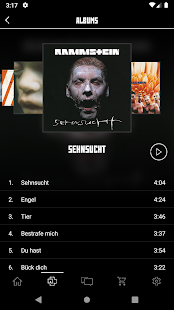 Mike Shinoda, Joe Hahn and Brad Delson re-live Linkin Park’s ground-breaking debut album as it turns 20.
5 STORIES. ONCE A WEEK.
NO SPAM. PROMISE. GO ON,
GIVE US YOUR EMAIL ADDRESS.

That’s right: the Rammstein frontman has made a second German language book for National Geographic…