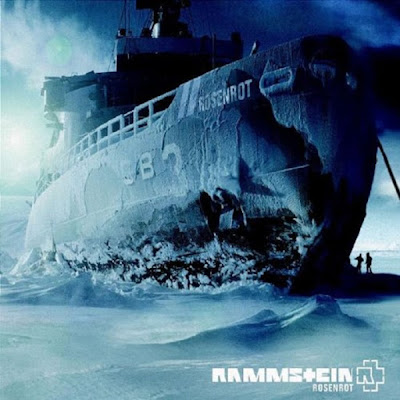 We have an official Rosenrot tab made by UG professional guitarists. Check out the tab ».

Just as American audiences can't stand watching movies with subtitles, U.S. rock fans apparently didn't have much patience for artists singing in a different language either. That's why RAMMSTEIN's U.S. label talked the band into recording an English language version of its one Stateside hit, 'Du Hast', a move that the band later regretted. And while the group has toured successfully here, and remains a cult favorite, its profile has gone down with each album since the platinum 'Sehnsucht' (which featured 'Du Hast'), their plight not helped by an indifferent and ever-changing record company. 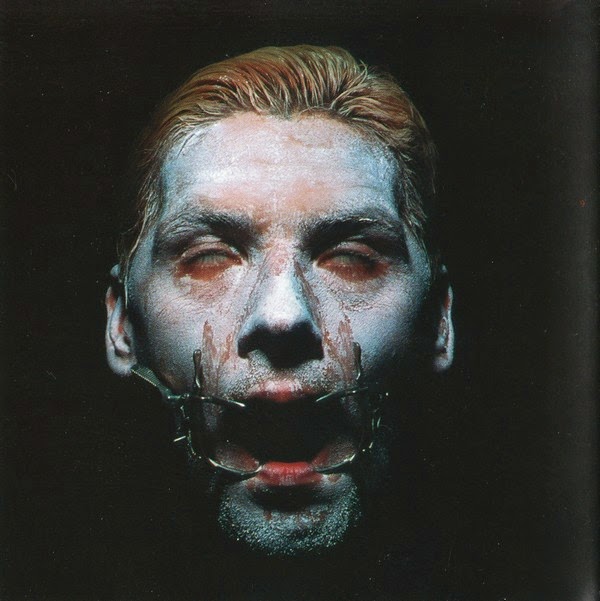 That's a shame really, since RAMMSTEIN remains one of the best European heavy rock bands around. Its latest album, 'Rosenrot' ('Rose Red'), finds the band expanding its sound and experimenting wildly while still keeping the epic and massively heavy style that is its trademark. The relatively straightforward industrial metal of 'Sehnsucht' is fading into the distance as the German sextet dabbles with Mexican music, female vocals, and several slower, more reflective songs that somehow all fit into the RAMMSTEIN catalog.

For pure RAMMSTEIN aggression, it doesn't get much more relentless than 'Zerstoren', which also tosses away the group's usually clean production for a dirty, distorted sound that sounds like its pushing the meters right into the red. 'Benzin' and 'Mann Gegen Mann' are muscular, mid-paced rockers, while 'Feuer Und Wasser' and 'Spring' exhibit a mellower, more thoughtful side.

'Stirb Nicht Vor Mir (Don't Die Before I Do)' is a real departure, a delicate acoustic-based song featuring always expressive vocalist Till Lindeman trading verses with frontwoman Sharleen Spiteri of the band TEXAS.

Things get even wilder on 'Te Quiero Puta!' which features a Mexican mariachi band, complete with brass and backing senoritas, wedded to an uptempo metallic groove that is both completely bizarre and utterly brilliant.

While 'Rosenrot' continues the gradual musical evolution that the band began with previous efforts 'Mutter' and 'Reise Reise', the one link between all the group's albums is their huge, theatrical style — or 'grandeur' as many of their fans put it. Even if RAMMSTEIN is less inclined to repeat the faster riffage of their early days, there are few bands around that sound as massive on CD (or live for that matter) as this one, while being consistently catchy and powerful. Many of you reading this in Europe, where the album has been out since October, already know this and either love or hate 'Rosenrot' for its boldness and experimentation. But for those of you reading in the U.S., where 'Rosenrot' is out on Tuesday (March 28th), give these Teutonic titans either a first try or a return visit. They have yet to disappoint.