This was the best ever TV programme on ARR I have watched till date. This was telecasted on Pongal day in 1995. The Programme was titled 'A R Rahman oru Kadhiraa illay Pudhiraa?'. It was hosted by B.H. Abdul hameed.
K. Balachander, Vairamuthu, SPB etc spoke about ARR for about 45 minutes. (Remember that this was during his early days where he has done only Roja, Pudiya mugam, Thiruda^2, Vandichola chinrasu, Duet, Kadhalan etc). SPB also told that in Japan they had printed T-shirts with 'Chinna Chinna Aasai' as the slogan.
ARR was wearing a Green Shirt (which was very common in all of his interviews during those days) and it was in his Panchathan studio. For the last 15 minutes of the interview, ARR was asked to compose something for the Sun TV viewers on occasion of Pongal. It was the first time (and last time i think) that ARR produced LIVE music . Couple of 'Nadaswaram' and 'Thavil' people were there in his studio and ARR gave them the swarams in verbal and asked them to play, and he recorded them as they played (This was done 2-3 times after some corrections). He also gave notations to the Thavil person which was awesome to watch. In the end, ARR mixed it completely and played it for the viewers which was a TREAT to watch.

I am searching for the interview (SUN TV has the rights for it). In those days there was no Internet or Youtube to get the interview next day. I have recorded the same in a Audio cassette during those days. Have to search it now.
This one is a real treat for all RAHMANIACS and a must have !!
Posted by Sriram 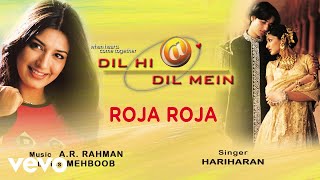