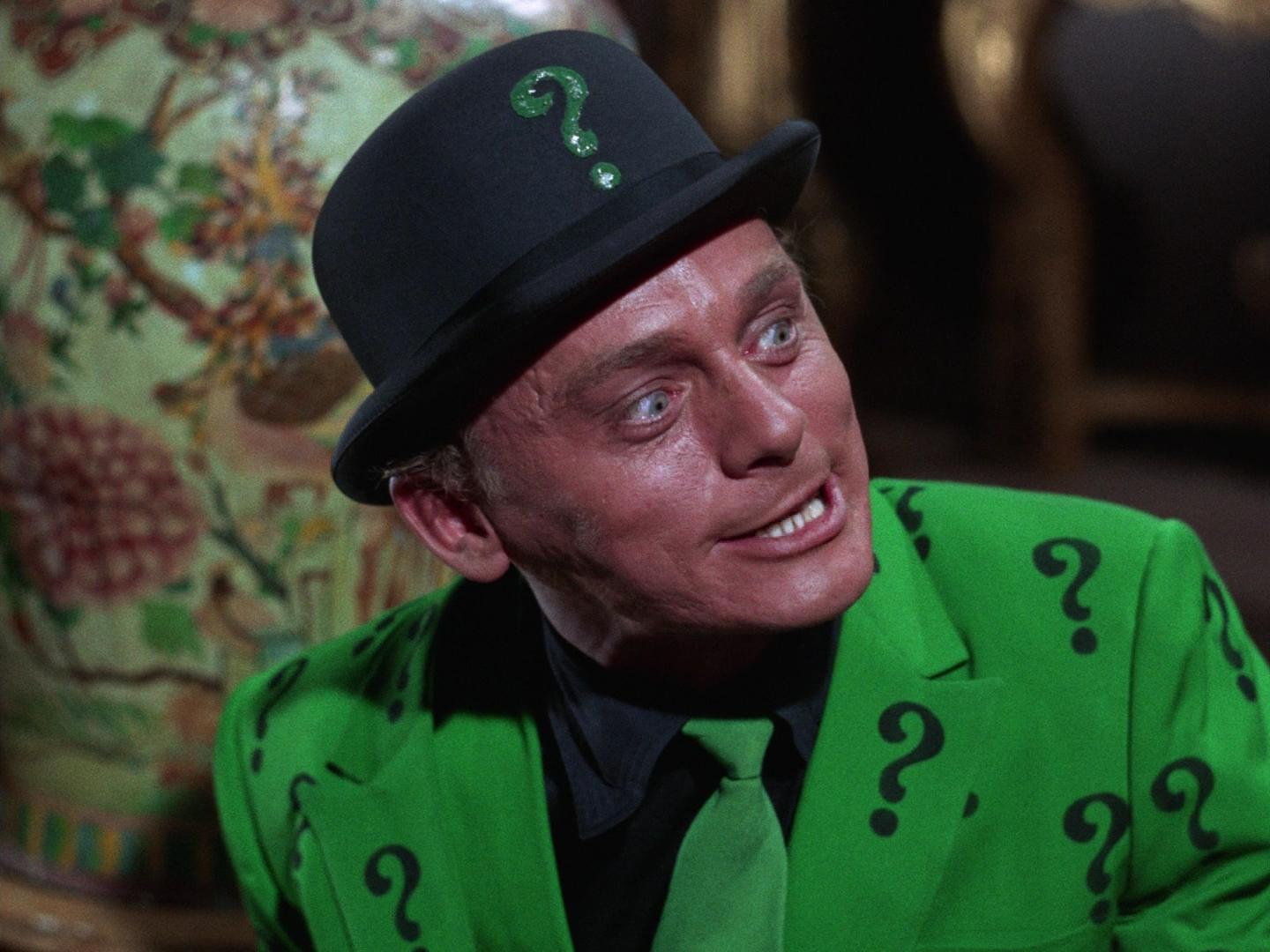 In November I flew to Los Angeles to moderate a panel discussion of network executives. The audience was full of agents and managers, midlevel development types and publicists, all working the angles, all spooning up the same lukewarm soup. There wasn’t a single person in the room who you’d recognize on the street. But these were the people who toil, day and night, to make television, the power machers whose personal relationships and preschool admissions connections lead, inexorably, to what gets broadcast onto our screens and devices. The topic that dominated all conversation that day, among the faceless, television elite? Radio, of course.

Yes, even those who have devoted their lives to the moving image had gone totally gaga for the smooth-talking sound of Serial, the NPR-ish podcast about a 15-year-old cold case. The conversations I overheard that day were indistinguishable from the ones raging in the Grantland office and all across the country: Was Adnan guilty? What were Sarah Koenig’s motives? Something something Jay? (This is the point where I admit that I am one of the few NPR-ish humans in America who managed to resist listening to Serial.) But there was a second strain of debate running through the ballroom that day as the executives moved from praising Serial to analyzing its tremendous success. They spoke of the podcast not as an entertainment but as a puzzle to be solved, a problem to be cracked. What was the allure here, after all? Was it the intimacy? The empowering, amateur detective work? Or was it Jay? (Again, I have no idea who Jay is.) For the first time since, when, the 1940s? TV was looking to radio for inspiration.

HBO didn’t have to look for long. On Sunday, it will debut The Jinx, a six-part documentary series about the life and many mysterious deaths of Manhattan real estate scion Robert Durst. Like Serial, it looks back at a case that has long since been closed. And, like Serial, it does so with a series of artistic and curatorial choices that have the potential to turn the idea of “truth” into a subjective guessing game. This is a curious take for a documentary — HBO, tellingly, has declined to file The Jinx under its highly respected HBO Documentary Films umbrella — but a potentially excellent decision for a TV show. By investing in a deeply personal reflection of reality, as opposed to the industry obsession with gritty, “realistic” fiction, HBO is aiming to circumvent its brewing drama problem and service millions of Serial addicts tweaking for their next fix. From a business perspective, it’s a perfect crime.

And, in the gravelly voiced and digressive Durst, HBO may have found the perfect subject. Born in 1943, Durst’s life was, from the start, marked by unimaginable wealth — his family owns millions of square feet of Manhattan real estate, including the new One World Trade Center — and unspeakable horror. In 1950, his mother jumped to her death from the roof of the family house while Robert looked on. In 2010, filmmakers Andrew Jarecki and Marc Smerling (Capturing the Friedmans) released All Good Things, a movie based on the still-unsolved disappearance of Durst’s first wife, Kathleen, in 1982. Shortly thereafter, Durst reached out to Jarecki and offered to speak on the record, for the first time, about his bizarre and varied biography — a rap sheet that by then had swelled to include two other suspected homicides as well as a penchant for cross-dressing and sandwich theft. The dozens of hours of conversation between Durst and Jarecki provide the backbone for the series, along with a remarkable trove of court papers, fraying police recordings, interviews, and, notably, some arty reenactments.

In the second hour, Durst explains speaking so frankly to Jarecki as a chance to reach “somebody [who] is open to a different story or interpretation.” And, indeed, Jarecki goes to great pains to humanize all involved, from the graying detectives still shaking their heads over their inability to pin anything on Durst to the sad-eyed friends and relatives of Kathie and all the other innocents unlucky to find themselves caught up in Durst’s destructive wake. The treatment of Durst himself will likely raise eyebrows and, in some cases, tempers. Jarecki is both respectful and, at times, credulous of his subject, leading some to no doubt suspect a sort of collusion. (That’s certainly the attitude of the Durst Organization, which filed a lawsuit seeking to block what its attorney called “a sensationalized docudrama.”) But the greatest asset Jarecki has is Durst himself. Not what he says — both Jarecki and Durst spend much of their camera time casually batting away old allegations like houseflies — but the way he says it. Durst’s face is a fascinating, undulating map of pain and delusion. When speaking of his emotionally destructive childhood, his eyes clench shut, involuntarily, against the flood of memories. When remembering his chilly relationship with Kathie’s mother, he is circumspect and surprisingly candid. “I don’t get along with people,” Durst says. “Most people don’t get along with me.”

For devoted sticklers of the case, the first two hours of the series offer little in the way of news — though that seems likely to change. (Durst, early on, refers to himself as “complicit” in what happened to Kathie — it remains to be seen whether he’s referring to his actions or merely to his presence in her life.) What The Jinx does offer is an enormously watchable dissection of human frailty and ego. The series is crisply edited and beautifully paced. It grabs you from the first scene — in which a Galveston cop describes grabbing a headless torso by the breastbone — and only tightens its grip as the story unfolds. Is this the same experience so many enjoyed with Serial? Perhaps. But it strikes me as TV business as usual. After all, Sunday nights have long been reserved in America as a time to gather around the set and watch rich, morally questionable men attempt to justify their behavior to both themselves and the larger world. What adds an electric and often uncomfortable spark to the proceedings is that Robert Durst might be a literal madman, and not the well-suited kind to which we’re accustomed. The bodies on The Jinx aren’t metaphors or plot points. They’re heavy reminders of the cruel world we live in, not the televised one we so often look to for escape. 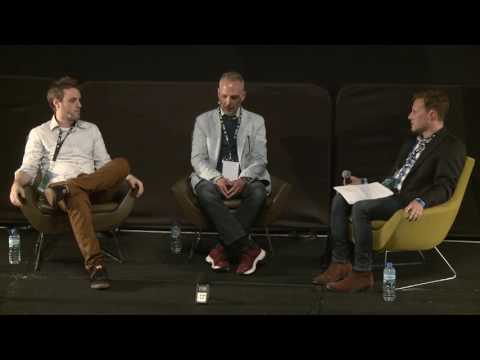 From Andrew Jarecki and Marc Smerling (the Oscar nominees behind Capturing the Friedmans), comes The Jinx: The Life and Deaths of Robert Durst, a six-part examination of the reclusive millionaire at the heart of three killings spanning four decades.
Robert Durst, the scion of a New York real estate empire, has long been a suspect in the notorious 1982 disappearance of his wife, Kathie. Further suspicion was raised with the unsolved killing of his confidante, Susan Berman, thought to be a key witness in the investigation into Kathie's disappearance in 2000, as well as the subsequent killing and dismemberment of a neighbor in Galveston, Texas. Durst has consistently maintained his innocence.

Get HBO Max at No Additional Cost

‌If you’re a current HBO subscriber, you might already have access to HBO Max — all of HBO plus even more blockbuster movies, must-see series, and new Max Originals.